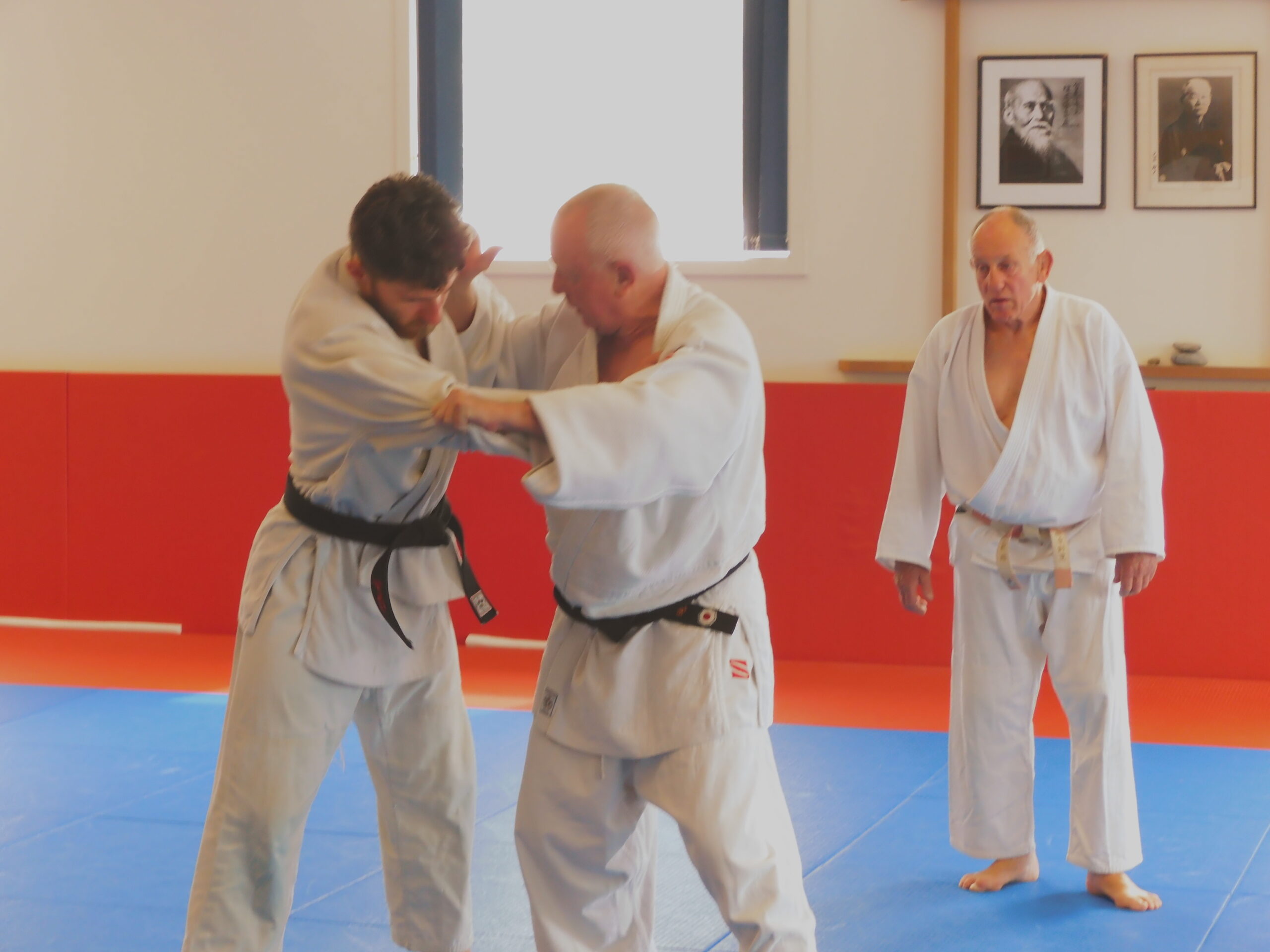 By wjjaNovember 25, 2020News
No Comments

For Mike Bond, Rokudan, this weekend was a return to his hometown and many friends.

For Ron Williams, Rokudan, this was the first time he had visited Wellington since the mid 1970s.

Ron and Bondy took two sessions, both with over twenty people in attendance.

Techniques covered included a range of throws including Tai Otoshi, Kouchi Gari, Ouchi Gari, Seoi Otoshi, Tomoe Nage and a range of Sutemi and some escapes from Newaza positions.

This was a great opportunity for old friends to meet up again. Bondy and Ron with Patrick and Kelvin.

We hope to host the duo again soon.