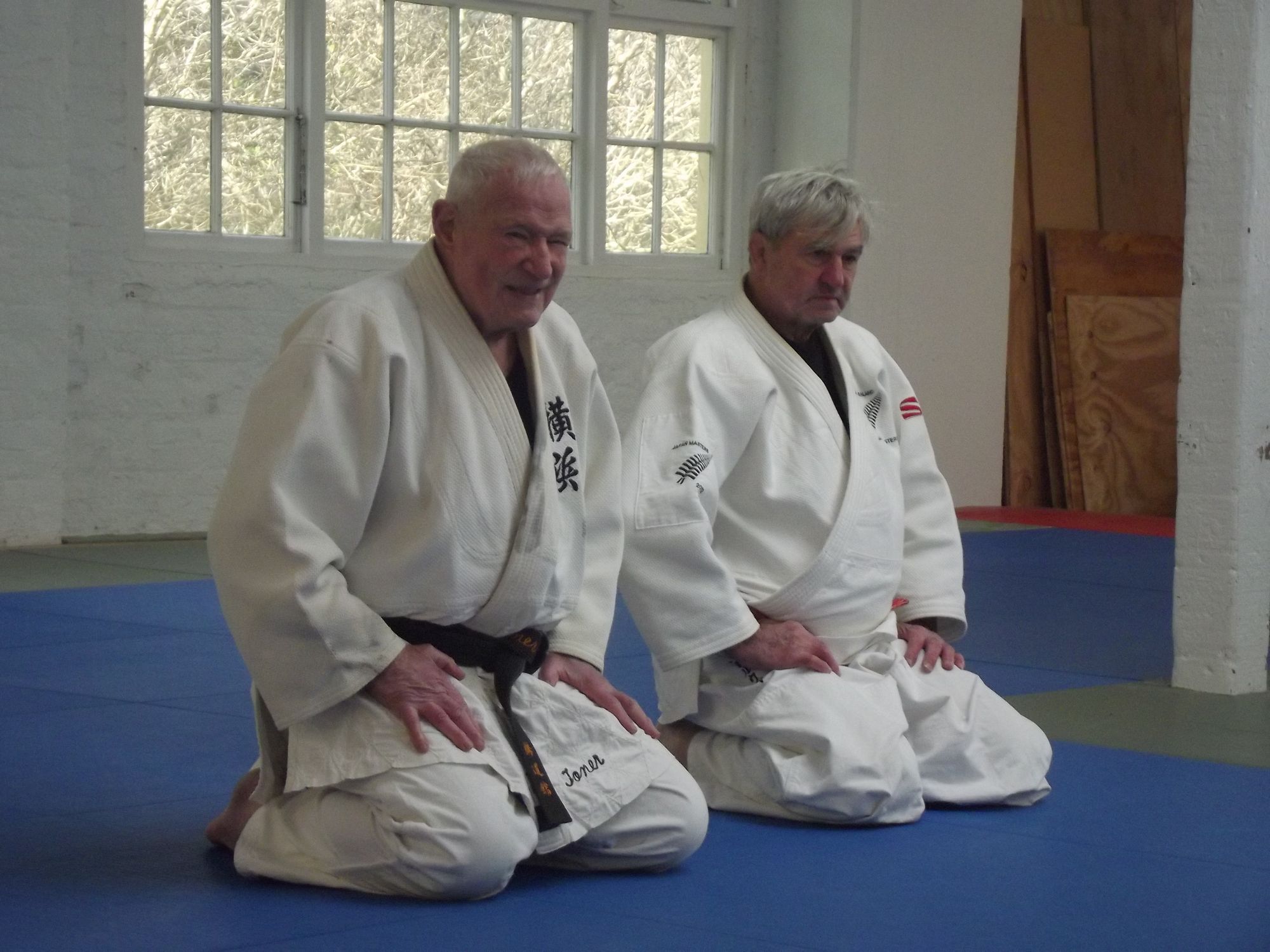 Garrick Lenin (Rick) Littlewood, Kodokan 8th Dan passed away suddenly on Tuesday 24th July 2018 at the age of 77.
Rick was one of New Zealand Judo’s colourful characters. He was New Zealand’s first Judo Olympian in 1972 and the first New Zealander to survive the Japanese University system.
In Japan, he trained under Ebii Goichi and Kimura Mitsuro of Doshisha University in Kyoto. These two famous Sensei were graduates of the Budo Senmon Gakko and acknowledged experts in Kosen Judo. Rick’s skill in newaza was famous both in New Zealand and in Japan.
Rick was many times New Zealand champion, won Oceania titles, and was a regular at the Kodansha Shiai in Tokyo where he received awards for his technical skill.
As coach of Judokwai and University of Auckland judo clubs he produced many great competitors over the years. His motto which is shared by the Auckland University Judo Club: There is no learning without pain.
Rick was a great friend of our Sensei, Patrick Toner, and they shared many escapades, both on and off the mat together. In recent years, Rick ran several very popular seminars at the Academy and has proven supportive of the development of many of our judoka. His first act whenever he landed in Wellington was to head around to Patrick’s house and go to breakfast/ lunch/ a drink/ dinner with him.
Rick’s funeral in Auckland was attended by hundreds of people. This event was a veritable who’s who of New Zealand Judo.
The Academy gives its condolences to his wife, Yumiko Littlewood, and his daughters Hikari, Lisa and Jun and their families.
Garrick Littlewood’s passing marks the end of an era for New Zealand Judo.
The loss of such a man makes the judo world poorer, and the world at large that much less interesting.
The Academy joins the Judo community and your family in mourning you, Rick.