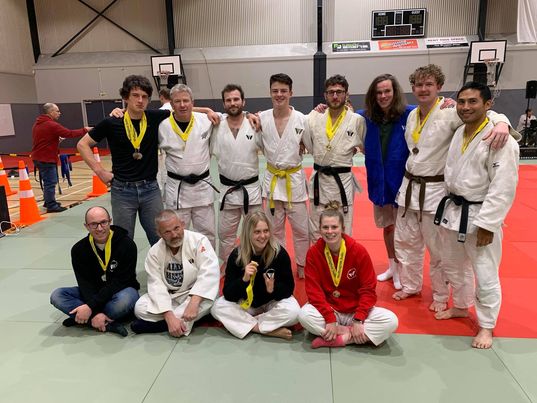 The Wellington Open was very well attended, after the smaller turnouts of 2020 and the North Wellington Open not going ahead because of the Level 2 Alert at the beginning of March.

The clubs represented were from as far North as Auckland and as far South as Dunedin and the standard of the competition did not disappoint.

Our team did very well, with more Golds than any other type of medal won, and excellent efforts made by everybody regardless of grade or experience level.

Highlights included some of our Brown Belts gaining points toward their Shodan grades, first timers to this level of competition stepping their judo up a level to meet the challenge and meeting new people who train under friends of ours who Coach at clubs such as Christchurch Judo School, Big Judo in Auckland and Renshuden in Dunedin.

Techniques pulled off by the team included well timed Tomoe Nage for Ippon by Lucinda G, Two excellent Ura Gatame by Patrick L, Sam P escaping from more than one hold to beat opponents on the ground, and Jack U taking on a Nidan who at 150kg was quite literally, twice the man he was. Alex Mc had several hard fought and very close fights which went to golden score showcasing a huge amount of fighting spirit. He was likely the competitor who spent the most time out on the mat fighting on Day 1. Brad and Mike competed in Katame no Kata on the Sunday.