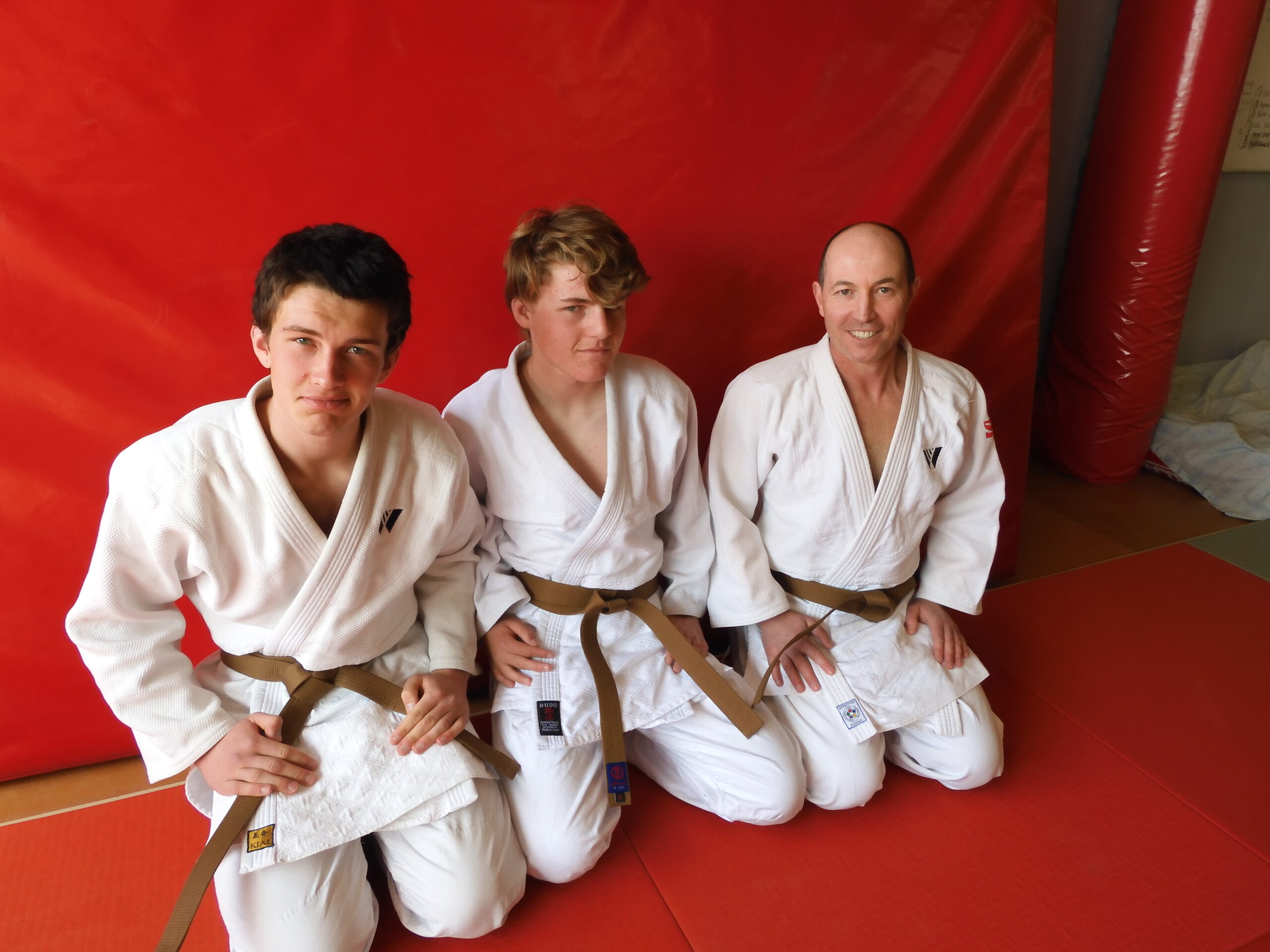 New Brown Belts at the Academy.

For the first time in 18 years we have graded 3 Brown Belts at one time.

The Kapiti JC Ikkyu Grading, held on Saturday 10 October, was the biggest held in the Wellington Area, since the current system was introduced in 2012. There were eight candidates across five Clubs presenting for examination. All passed the examination.

Our thanks to the Wellington Judo Association’s Grading Panel, led by Norman Cook, 6 Dan and Stephen Tarring, 4 Dan.

Congratulations to Malcolm Wilson, Jay Blair and Sam Power on their promotion to Ikkyu.