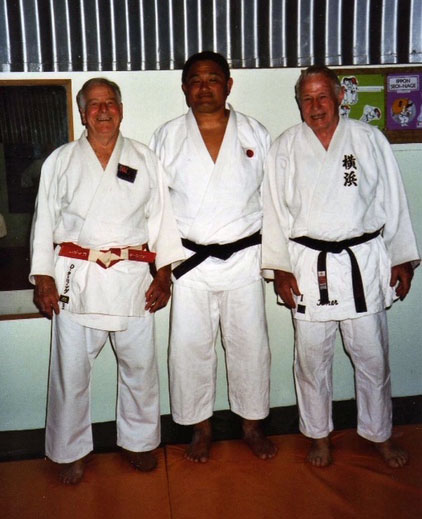 It is with much sadness that we report the passing of Des Tarring, 7 Dan.

Des was one of the founding members of the New Zealand Judo Federation in 1956, having arrived in New Zealand as a migrant after being demobbed from the Royal Marine Corps at the same time as many other European sons.

He is remembered by every generation of New Zealand Judo since for his contribution both on and off the mat which was recognised in his Life Membership of the Federation.

His training methods have been described as simple and traditional, withstanding the test of time.

Always a gentleman, Des was happy to give his time to any number of younger judoka from around both the Wellington Area and New Zealand at his base at Koizumi Kwai in Petone.

The passing of Des Tarring marks the end of an era in Wellington and New Zealand Judo. One of the last few links with the origins of the Federation is now gone, and we have all lost a mentor, father figure and friend.

Our condolences to his family, and the Koizumi Kwai which he loved and was loved by so dearly.

It was fantastic to finally be able to run our fir

Hugo and Al doing a fantastic job of sanitising th

First training back was a roaring success ! It’

This is how excited we are for level 2 🥳 Hopef